Special 15% off with Agoda at The Bentley London Hotel, UK 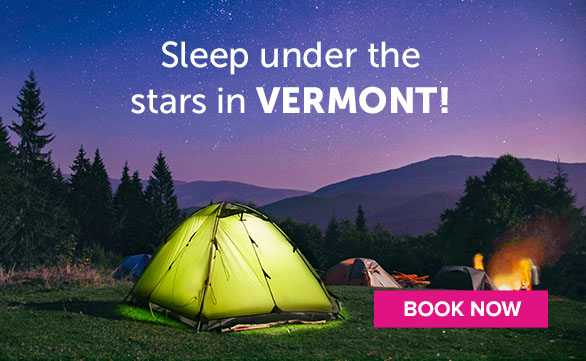 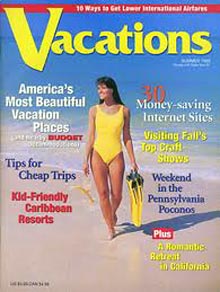 The stranding of thousands of people faced with ruined vacation plans in the wake of the Thomas Cook collapse brings a common question to mind.

Should we get the travel insurance?

For the majority of the U.K. citizens traveling when Thomas Cook failed, they are being repatriated through a government insurance program. This means those travelers who book tours will receive refunds for canceled trips and repatriation free of charge.

For those who only bought flights, they will likely need to rely on any insurance they purchased, or contact their credit card company for help.

The collapse of Thomas Cook left roughly 600,000 travelers stranded in 18 different countries. This is a dramatic impact on the travel industry.

So, the idea of travel insurance is a good one.

Make sure you are covered to the full extent. Look for a Cancel For Any Reason (CFAR) policy because it will allow you to recoup as much as 75% of the trip if something drastic happens. You have to buy this at the time you purchase your travel insurance and you must do it within 7-21 days of booking and paying for your trip.

Use the right credit card. Often financial institutions offer travel protection if you use their card to pay for the travel. Look at the fine print and use the card that offers you the best protection.

Escaping to a new destination has some element of risk and anticipation. You can reduce some of that stress by protecting yourself in advance.

The Moulin Rouge is the number one show in Paris, if not the whole of Europe. No wonder it sells out quickly! Don't miss your chance to see the world-renowned showgirls and French Cancan dancers strut their stuff on the Moulin Rouge's historic stage.

Moulin Rouge Paris sells out months in advance. If you'd like to see the Moulin Rouge show "Féerie" (105 minutes), pre-book your 9pm or 11pm tickets (including champagne!) here. For 110 years, the most legendary French cabaret has welcomed millions of spectators who have come to admire the famous French Cancan. Book ahead of time to avoid disappointment.

Le Moulin Rouge is world famous thanks to its French Cancan, and immortalized by the painter Henri de Toulouse-Lautrec. The sumptuous shows at the Moulin Rouge feature feathers, rhinestones and sequins, fabulous settings, original music and of course... the most beautiful girls in the world.

Many international stars have performed on stage at the Moulin Rouge including Ella Fitzgerald, Liza Minnelli, Frank Sinatra and Elton John. They have all put on exceptional shows, following in the footsteps of French celebrities such as Maurice Chevalier, Jean Gabin, Edith Piaf and Yves Montand.

Moulin Rouge Paris sells out every night. By pre-booking tickets you'll lock in the price, secure seats and get the most out of your precious vacation time in Paris.

Please be advised that this performance contains partial nudity, and may not be appropriate for all audiences.

This tour provides a great overview of Sicily, giving you the possibility to enjoy the beautiful west coast and to visit two among the greatest sights of Italy.

Relax on a scenic drive through the Sicilian countryside to reach SEGESTA. The well preserved temple and the Greek theater were built in the late 5th century BC. - A cycle of events and concerts are held at sunset during the summer months. A visit to Segesta, which has inspired generations of travelers and artists, is an experience you cannot miss.

The Monastery of MONREALE commissioned by William II (1154-89), the Norman ruler of Sicily, combines in one project employment of both Sicilian and Byzantine craftsmen. The highlight of the Cathedral is its interior, incandescent with the gold of the mosaics, covering the walls of the nave, aisles, transept and apse.

Meet you Local Guide in the morning and head towards west following the beautiful Golf of Castellammare, driving trough the pleasant wine producing area of "Bianco d'Alcamo" till SEGESTA. Here you'll visit with your guide the heritage of the Greeks in this singular archeological area. Temple and Theater are embedded in a wonderful countryside. Visible are also the remains of an Arabic mosque, a Norman church and the Roman Forum.

Time for a lunch break.

Higher still is the THEATER that offers great panoramic views. New excavations that have uncovered the remains of a stoà a place where citizens strolled and discussed among themselves, an agora where assemblies were held. The high-stepped, semi-circular theatre opens onto a breathtaking panorama over the surrounding countryside with the sea in the distance.

Continue to MONREALE - the apotheosis of Norman architecture in Sicily, the Cathedral with its splendid mosaics from the 12th century, it is part of the World Heritage Arab Norman Period, built under William II. It rivals Saint Sophia in Istanbul and Saint Mark's in Venice in its use of decorative mosaics. While it is Romanesque in overall style, the cathedral combines aspects of Arab, Byzantine and Norman architecture.

If what you're looking for is a conveniently located hotel in Venice, look no further than Hotel Al Ponte dei Sospiri. With its location just 0.0 Km from the city center and from the airport, this 4-star hotel attracts numerous travelers each year. No less exceptional is the hotel's easy access to the city's myriad attractions and landmarks, such as Museo Diocesano D’arte Sacra, Pala D’oro, Tesoro della Basilica di San Marco Museum.

If someone comes to Egypt and does not visit the pyramids and the temples at Abu Simbel, it would be as if the visitor had not visited Egypt.

These temples consist of two massive rock temples in southern Egypt, near the border with Sudan. They are situated on the western bank of Lake Nasser, about 230 km southwest of Aswan.

When you visit the magnificent temples of Abu Simbel, you see first-hand the temple of the powerful King Ramses II and the temple of his wife Nef ertari, the most beautiful among the beautifuls. It is a breathtaking tour.

Looking at the greatness of the construction, the enormous facade, the colors and the drawings inside the rooms of the temple, you can see the majesty of the royal Egyptian dynasty and marvel at the craftsmanship.

This is a two-hour tour from Aswan by car. Your guide will take you to: Abu Simbel Temple Complex, Abu Simbel, Aswan Governorate, and the Nile River Valley.

You will receive bottled water when you meet your guide. This is not a wheelchair-accessible tour. This is an approximate 10-hour tour.